This article was originally published in The Seattle Medium on August 30, 2017. You can read the original version here.

Seattle Mayor Ed Murray and King County Executive Dow Constantine recently announced the community organizations that have been selected to use $1.5 million in funding, granted as part of the Legal Defense Fund, to provide legal aid to vulnerable immigrants and refugees.

Earlier this year, both the City and County passed legislation authorizing these funds for legal defense and community navigation services, as President Donald Trump threatened immigrant and refugee communities through both his inflammatory rhetoric and unconstitutional executive orders.

Funding was provided to organizations for the following services:

“We are sending a clear, united message to the rest of the country – and to the world – that King County remains an inclusive community where all are welcome to build a better future,” said Executive Constantine. “The funding we announce today will help our partner organizations defend the human rights of more immigrants and refugees who contribute to the prosperity and vibrancy of our region.”

In November 2016, Murray responded to the federal administration’s anti-immigrant actions by passing his Welcoming City Executive Order, which reinforced the City’s already existing policy that employees do not ask about citizenship status and serve all residents regardless of immigration status. The order also mandated funding for peer support groups and counseling for immigrant and refugee middle and high school youth, legal assistance for immigrant families with children in Seattle Public Schools, and a comprehensive public awareness effort around reporting discriminatory harassment.

In March of this year, Councilmembers M. Lorena González and Tim Burgess joined with Mayor Murray in announcing their intent to pass legislation creating the fund. Seattle joins Los Angeles, San Francisco, New York, and Chicago as cities that have created programs to fund legal defense and other immigrant legal services. Unlike in criminal trials, individuals do not have a right to legal representation in immigration proceedings. However, studies have shown that people who were represented in U.S. immigration court were up to ten times more likely to obtain relief.

Over the course of two weeks, a panel comprised of members from the immigrant and refugee legal defense community, King County staff, and City of Seattle staff reviewed both written applications and oral presentations. Out of ten applications, five received awards. The award recipients for direct legal representation are Kids in Need of Defense, the Northwest Immigrant Rights Project, and Colectiva Legal del Pueblo; and for community navigation services are the Filipino Community of Seattle, South Park Information and Referral Center, and the West African Community Council.

“I signed legislation in April establishing a $1 million-dollar immigrant Legal Defense Fund because immigrants are being targeted by a presidential administration that has embraced White Nationalism,” said Murray. “Today, with additional money from our partners at King County, we are awarding those defense fund dollars to community organizations like the Northwest Immigrant Rights Project, Kids in Need of Defense, and West African Community Council, because they advocate for immigrants every day in what’s now a larger fight to preserve core American principles of Democracy.”

The City now begins negotiating the contracts detailing each of the grantees’ scope of work. The grantee organizations are expected to start offering services under the Legal Defense Fund after September 30.

King County government has recently released a poster supporting the motivation behind the County’s Equity and Social Justice Strategic Plan for 2016 – 2022.  As described by the County, the Strategic Plan “is a blueprint for action and change that will guide our pro-equity policy direction, our decision-making, planning, operations and services, and our workplace practices in order to advance equity and social justice within County government and in partnership with communities.” You can download a copy of this poster here.

The day President Donald Trump announced plans to move forward with construction of a wall on the U.S.-Mexico border and restrict immigration from Muslim-majority countries, Matthew Burnett launched his nonprofit’s new online tool for undocumented immigrants.

The Immigration Advocates Network, where Burnett is director, has created immi.org, an online tool site that allows undocumented immigrants and those with temporary status to answer questions about their personal histories, helping them figure out exactly which protections, pathways to citizenship, or legal assistance they could be eligible for.

Approximately 1.5 million undocumented immigrants in the United States could be eligible for immigration benefits but do not know about it, Burnett said. And when they do navigate the complicated application process, it could cost up to $2,000 in lawyer’s fees.

“We need to be laser-focused on getting as many immigrants as possible aware of their options to protect their future,” he told Mashable. “If a benefit is available to get on the road to immigration or citizenship, they’re going to be protected from all those things we worry about.”

Most other immigration resources focus on filling out applications — not guidance on which applications people should actually complete. Immi.org takes care of the very first steps, helping anyone with questions about their immigration options figure out which path to pursue.

For example, someone who logs on to immi.org could discover that they are eligible for protections if they are a victim of certain crimes, a survivor of domestic violence, or from a country subject to civil war or natural disaster.

After answering the initial questions, the English and Spanish-language site then connects its users with local nonprofit legal centers and information on undocumented immigrants’ rights. As a security measure, any identifying information is collected separately from personal answers to questions about immigration status.

Along with undocumented immigrants, those with temporary status can figure out their next steps, and lawful permanent residents — such as green card holders — can learn about paths toward naturalization.

The only people who cannot use the site are potential immigrants who are not yet in the United States, or anyone who is already in deportation proceedings. 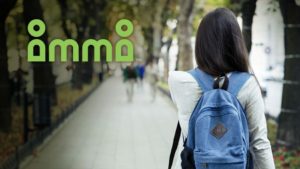 Supported by Open Society Foundations, the MacArthur Foundation and other donors, the civil legal aid organization Immigration Advocates Network started working on this project with the legal group Pro Bono Net about a year ago — before Trump even gained the Republican nomination for president.

If rules surrounding immigration change under the Trump administration, the site will adapt to ensure immigrants’ information is protected, and that its users are directed to their best paths forward in the United States.

“Our goal is to get information and resources available 24/7,” Burnett said.